You may have spotted the haunting silhouettes of infantrymen around our Senior School: as part of the nation’s commemoration of the signing of the Armistice in November 1918, the Royal British Legion has encouraged businesses, local authorities and individuals to display silhouettes as a reminder of the sacrifices made during the First World War. Thanks to a generous donation from the Friends of Brighton Girls School (a charity set up in 1947 to provide support for bereaved families, to assist families in hardship and to support education more widely at Brighton Girls School), we were able to buy several of these poignant silhouette statues as part of our acts of remembrance.

During this week, our History Department gave assemblies on remembrance, setting itself and our community the task of asking what remembrance should entail: in their assembly, our oldest pupils were challenged not to take peace – the political reality they have so far known – for granted, not to be complacent about what is for many and has been in the United Kingdom fragile, uncertain and incomplete. In Chapel during the week, we turned our attention to the suffering and grief of those who lost their men in the First World War – mothers, fathers, girlfriends, wives and siblings. On Friday, our Senior School gathered on the Parade Ground with teachers and support staff to mark the centenary of the day, the moment, when the Armistice took effect. On Sunday morning, we threw open our Memorial Gates to our Senior School, erected in 1947 by our then Head Master, Geoffrey Bell MC, as ‘a gateway to the school which is identified with [the fallen].’

Clearly my predecessor was something of a gifted orator: he went on to ask his audience of young men:

‘Is not there some proper symbol contained in this? The future generations pass into the school through the gateway which has been kept for them by men who gave their lives that England might live. It symbolises that they have, in the words of Pericles, ‘a home in the minds of men,’ and that ‘their story is woven into the stuff of other men’s lives.’

When I first happened on this speech – incidentally, he also covered his desire for the contemporaneous founding of the Friends of Brighton Girls School in the same speech – I was very struck by the fact that, rather than being a daily gateway through which succeeding pupils pass, the gates have become an integral part of our security measures to keep intruders and malefactors from entering the site. And so, to ensure that our pupils grasp the symbolic function of the gates, we now invite all new pupils in Year 7 to mark their transition to our Senior School by marching ceremonially through our Memorial Gates on their first day.

And on Sunday we threw open the gates to welcome representatives from across our Borough, of the Lord Lieutenant, the Mayor of Haringey, the armed and uniformed services, St Michael’s Church, St Joseph’s Roman Catholic Church, the United Reformed Church and Rabbi Liss from Highgate Synagogue, together with friends from the Highgate Society, the Highgate Scientific and Literary Society, and our fellow schools, St Michael’s and Channing, to a civic Act of Remembrance for the village.

As a school, we don’t have an easy time of it meeting together: our hill-top site, to which we cling with fondness, didn’t take account of twenty-first century notions of education, and we’re short, and always will be short, of a sizeable space for assemblies. Once a year we traipse to our sports hall where we gather as a school to kick off the year, and once a year we gather on the Parade Ground to remember the Cholmeleians who fell in two world wars and in subsequent conflicts. The Village has much the same problem, with no obvious venue to gather in, beyond its separate and distinctive halls, churches and synagogue but, just as we find our biennial acts of school gathering and co-mingling draw us together, as passers-by on Sunday stopped to witness and take part in the silence and the reveille, so did everyone present, stirred by the buglers, wake up to the opportunity for Highgate to root its identity and togetherness in an act of remembrance. Initiated, like the silhouettes, as a gesture for the centenary, it will become a feature of our community calendar, and will have, we hope, meaning and influence beyond. 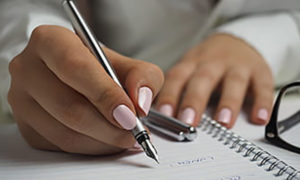 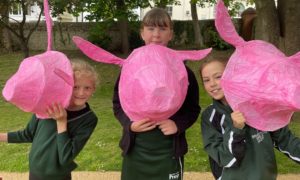 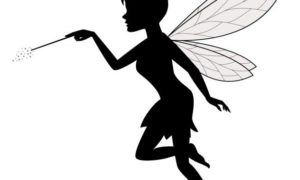