First on the agenda was a sharing and learning session on Period Poverty and Menstrual Health led by Anvi, a student from Northwood GDST. The focus was on breaking taboos and looking at the language we use as well as coming up with ideas. Hannah reports, “We discussed inclusive terminology and the idea of period boxes to encourage universal access to period products in schools. There were lots of ideas on how to run it while also donating to charity.”

“One of the highlights of the day was Cathy Walker’s presentation on the GDST’s 150th anniversary research ‘Girls’ Futures’ which surveyed girls nationally, both in GDST schools and non-GDST schools. It found that 83% of girls want a job they’ll enjoy, and 33% want to be their own boss or leader. Our generation are discovering we want to be leaders but we want to do it differently.”

The session ended with an update from the ICG (International Coalition of Girls), which the GDST is a founder member of.

More than twenty students from GDST Sixth Forms nationally attended. “Over lunch together we discovered many similarities and differences. It was great to socialise and meet other girls going through similar things. This was my first go at representing Sixth Form and I’m keen to do more.” 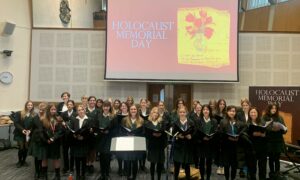 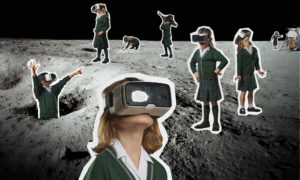