Brighton headteacher calls out GCSE commentators who criticize the grades of a generation who’ve shown “patience, grit and self-belief”

AS Year 11s across the city received their long-awaited GCSE results day, Brighton Girls headmistress Rosie McColl paid tribute to a generation that have not only battled disrupted lessons but contributed to wider school life through music, dance, sport, charity work and journalism.

Ms McColl also called upon educational commentators and the media to stop and think about the adversity the youngsters had faced in trying to achieve their GCSEs before criticizing the way in which they are awarded – a system, she reminds us, that they had no say in.
Ms McColl said: “As a year group, not only have they achieved a stellar set of results, despite the challenges and uncertainties they have faced along the way in a system they had no say in, but they have made so many positive contributions to the wider life of the school, a testament to their character and their determination. They have had to show patience, grit, self-belief and trust that their efforts would be rewarded. Throughout it all, they have kept their spirits up and shown great support for each other and for the school community. 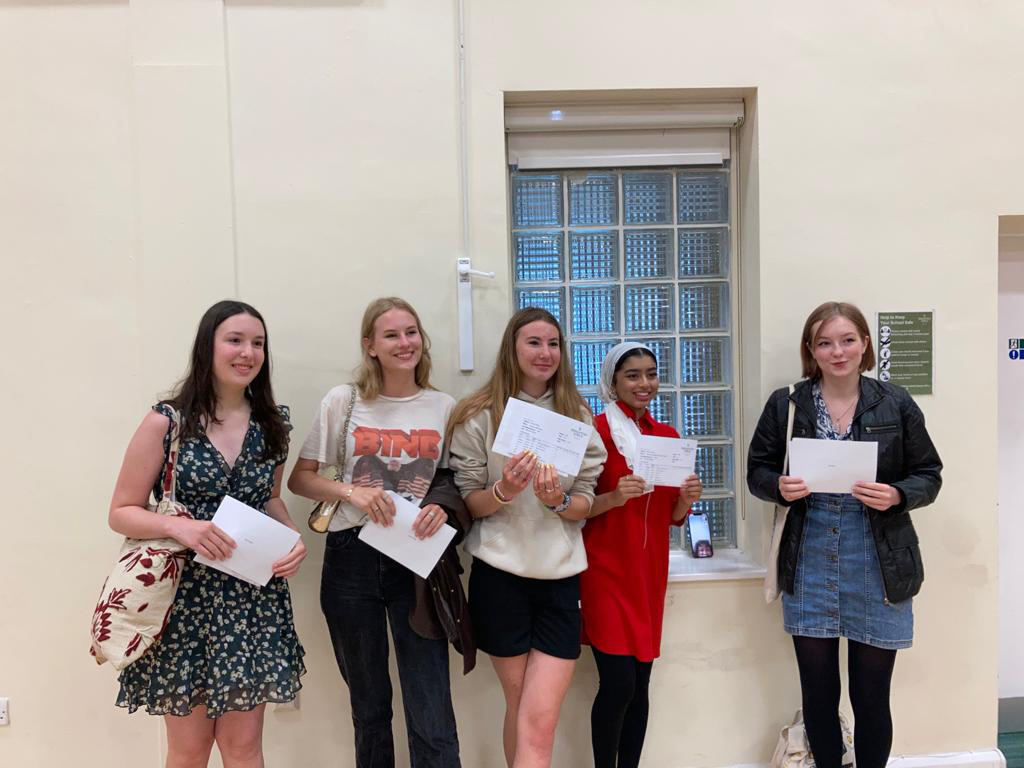 “I would like politicians, the media and commentators to remember that before they pour scorn on hard-earned grades and the achievements of 16-year-olds who have shown incredible determination throughout one of the most tumultuous times in modern history.”

She added: “While studying hard for their exams, pupils delivered science lessons to Year 6 students during lockdown, took part in the Duke of Edinburgh’s Award Scheme, achieving their bronze awards and worked as charity representatives to help with food donations to the City Mission food bank during the pandemic. These young people should be praised and congratulated, not have their grades used for political point scoring. Congratulations to Year 11 pupils everywhere for staying the course and giving it your all, despite everything.”